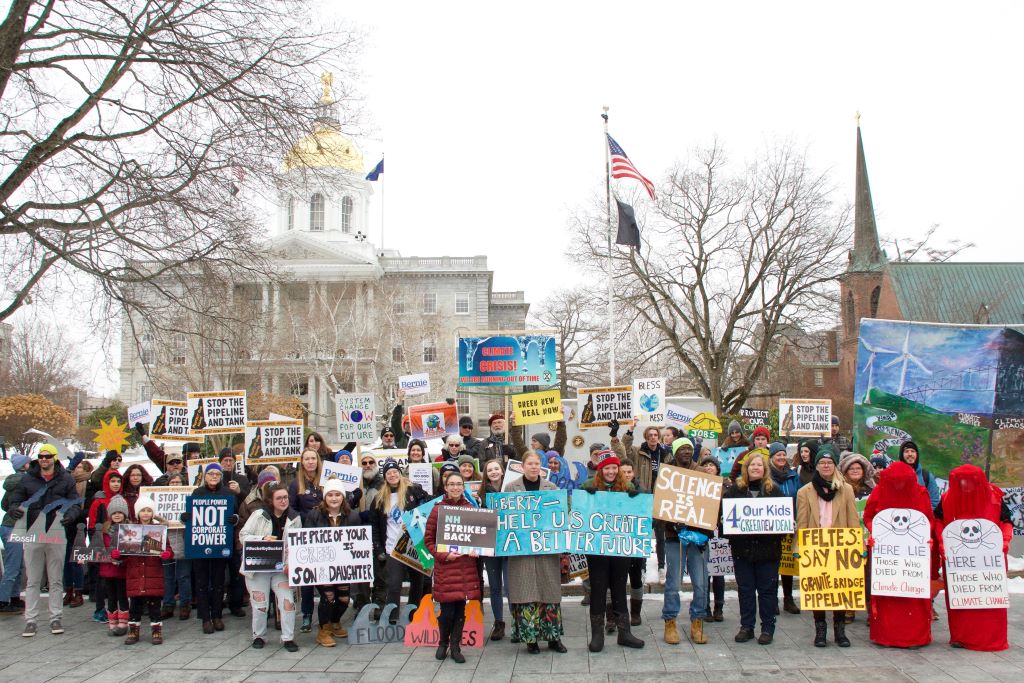 350NH works to stop the climate crisis by building grassroots support for a just transition to renewable energy and an end to fossil fuel use and expansion.

Their goal is to promote the use of clean and cost effective energy sources. They envision a society with a rewnewable energy economy that works for all people, where all communities live free of environmental injustice and climate catastrophe. 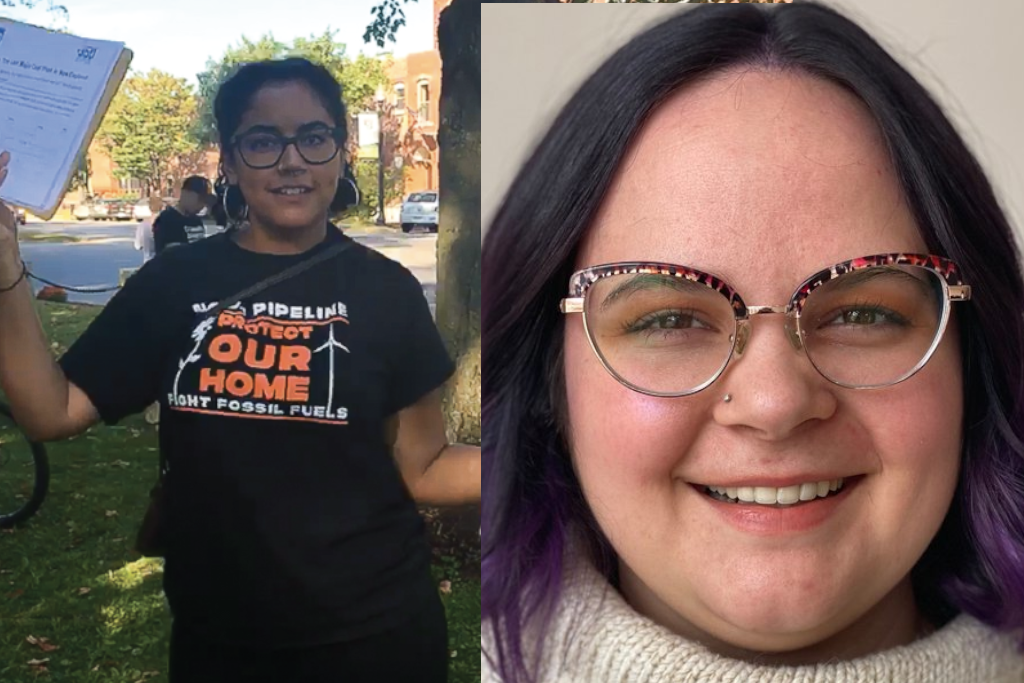 Emma (she/her) graduated from College of the Atlantic in 2015 with a degree in Human Ecology. Following school, Emma spent her free time volunteering for environmental organizations while working as a video editor for small businesses. After the 2016 election, Emma made the decision to become a community organizer because she could not imagine putting her efforts anywhere else. What started with a personal testimony at a city hall meeting, grew to participating in the biggest non violent direct action in New Hampshire since the 70s two years later. When she’s not working Emma enjoys kickboxing, listening to podcasts, and exploring the New Hampshire wilderness.

Lisa Demaine (she/her) is a long time active New Hampshire resident who attended the University of New Hampshire where she began advocating for the school to divest from fossil fuel extraction and became a leader in the movement. Later she joined the efforts of overturning the US Supreme Court decision on Citizens United vs Federal Election Commission and having presidential candidates agree to transparent campaign funding. During her schooling she also represented the Student Environmental Action Coalition as Business Manager and served as a core volunteer with Trash 2 Treasure. After college Lisa was an organizer with the League of Conservation Voters NH, Campus Organizing Director with NextGen America New Hampshire, consultant to Friends of the Earth Action and Field Coordinator with Rights & Democracy NH. Lisa has met over fifteen presidential candidates while pushing their climate policy to bring a livable future. She also served the 350 NH Action Board for three years prior to joining staff at 350 NH and was a participant in the 2019 nonviolent direct action to close the Merrimack Generating Station. In her time away from organizing Lisa dabbles in karaoke, listening to podcasts and visiting beaches.