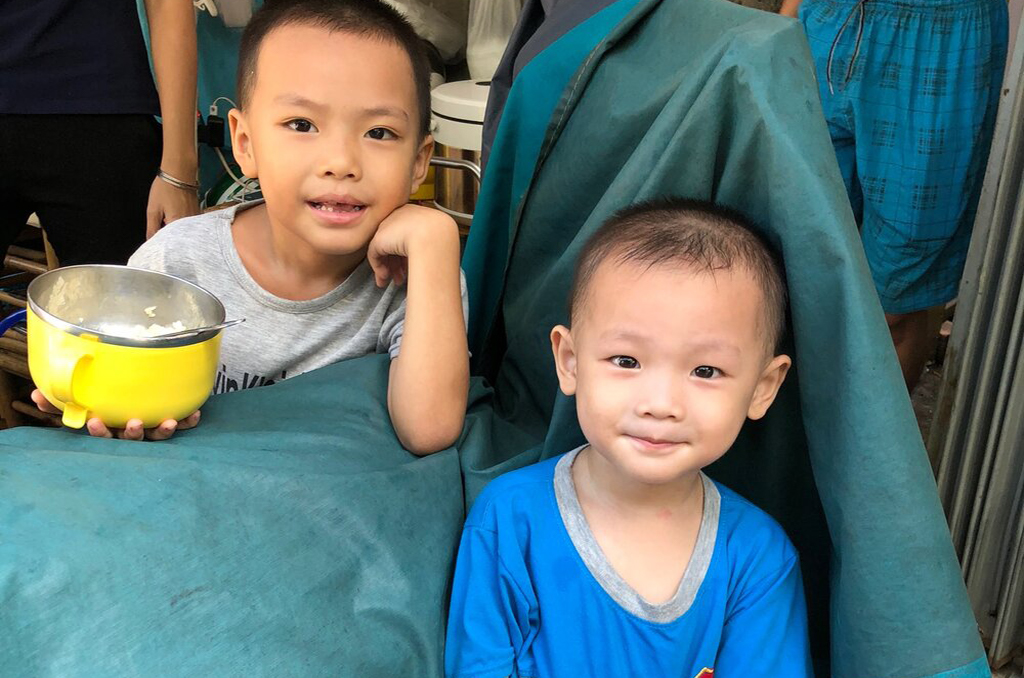 Shake Hands with the World Foundation

Our friends, Gregg & Caroline Marston, founders of Shake Hands With the World (SHWW) visited the Duc Son Orphanage in Hue, Vietnam in 2016. They were moved by what they saw and experienced and they wanted to find a way to give back. They decided to have sail bags manufactured by Vietnamese people needing work, sell the bags in the USA, then donate the full proceeds back to the orphanage. Each bag is as unique as the sail from which it was made.

Gregg has turned his passion for travel into both a thriving business and worthy philanthropy.

He became VBT Bicycling & Walking Vacations’ president in 1999 after a two-decade career in investment management. He and his wife, Caroline, purchased VBT in 2005, successfully combining his business acumen with a love of travel that began in earnest when he journeyed around the world in the late 1970s while on hiatus from his undergraduate studies at the University of Vermont.

“I didn’t set out to go around the world,” said Marston. “I set out to go to New Zealand and come home. But once I got there, I realized that once you expand your own comfort zone, you can continue to do more and more.”

Instead of going straight home from New Zealand, he travelled to Australia, Indonesia and Thailand. He sailed across the Bay of Bengal from Malaysia to Sri Lanka – a 10-day voyage. He was in Afghanistan during the period of political unrest preceding the Soviet invasion. He experienced the tension in Iran before the fall of the Shah. He hitchhiked across Europe.

After retiring from VBT, Gregg and Caroline were on a tour of Vietnam with a small group of VBT travelers when they came upon the Duc Son orphanage in the city of Hué. Travel would again change their lives.

They were instantly moved by the children they met there and decided to do what they could to help them. That determination led them to create Shake Hands with the World. Gregg recalls, “I’ve always loved children. I love to laugh and play with them, and the more I travel, the more I see that kids are the same all around the world. They are so innocent and untainted and filled with joy. I was really smitten with these kids and wanted to help.”

The concept is simple and brilliant – to have sail bags manufactured by Vietnamese women needing work, sell the bags in the USA, then donate the full proceeds to the orphanage.

They set an original goal to raise $15,000 and have already surpassed $25,000. They have built a mushroom farm at the Duc Son orphanage to provide organic food for the children and generate income; adopted another orphanage in Hué, and were introduced to an orphanage in Ho Chi Minh City that is home to disabled children. And on they go.