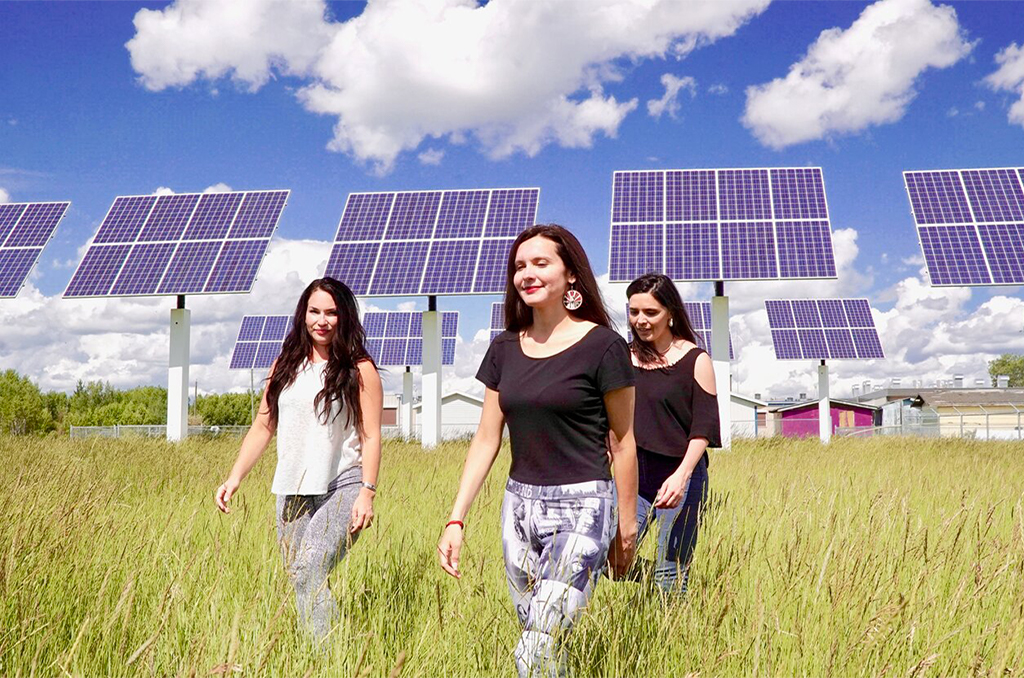 One of the core tenets that helps guide our work is “Be in the Fight”. We know there are “David and Goliath” fights and the terrible giants can be huge, for-profit corporations with seemingly endless resources.  The Secwepemc Land Defenders are resisting construction on the North Thompson line of the Trans Mountain Expansion pipeline from crossing unceded Secwepemc Territory by placing ten tiny houses strategically along the 518 km Trans Mountain pipeline route to assert Secwepemc Law and jurisdiction, and block access to this pipeline. 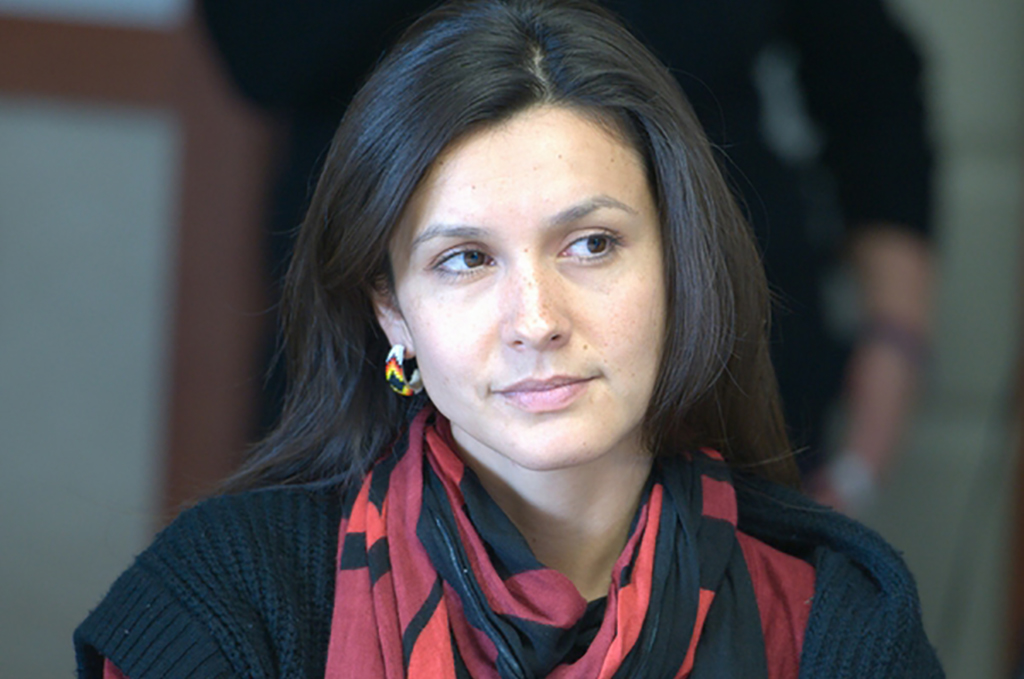 Across the continent, another woman fights against another Goliath energy project that would rip through her beloved homeland. Melina Laboucon-Massimo is a Lubicon Cree who was born and raised in Little Buffalo, in Canada’s Peace River region. The area is now infamous as the Alberta Tar Sands—the source for the Trans Mountain Pipeline, formerly known as Kinder Morgan.

Melina knows firsthand the impact of oil sands development on her Nation’s people, culture and land. “Often indigenous peoples are the first to be impacted, and the last to benefit from fossil fuel extraction.”

Melina knows that you can’t just fight to stop something— you must also have solutions. According to her, “Since time immemorial indigenous peoples around the world have known and respected the life-giving power of the sun. Today there finally exists a technology that is in alignment with the indigenous philosophy of sustainability, reciprocity and living in accordance with the laws of Mother Nature.”

We support Melina’s work with the Tiny House Warriors, a small, brave group of Secwepemc people who are building 10 tiny homes and placing them atop the proposed pipeline route. The pipeline would tear across spiritually significant land that was never ceded by the Secwepemc people.

Melina also works on the issue of Murdered and Missing Indigenous Women in Canada after the suspicious death of her sister Bella whose case still remains unsolved.   She currently serves on the boards of Seeding Sovereignty and NDN as well as the executive steering committees of the Indigenous Clean Energy Network and Indigenous Climate Action.

Melina is host of a new 13-part documentary called Power to the People, which documents renewable energy, food security and eco-housing in Indigenous communities across North America.    Chatelaine Magazine named her one of ’10 Inspiring Women Who are Saving the World’ and Global Citizen ranked her among the top ’12 Female Activists You Didn’t Know are Changing the World’.