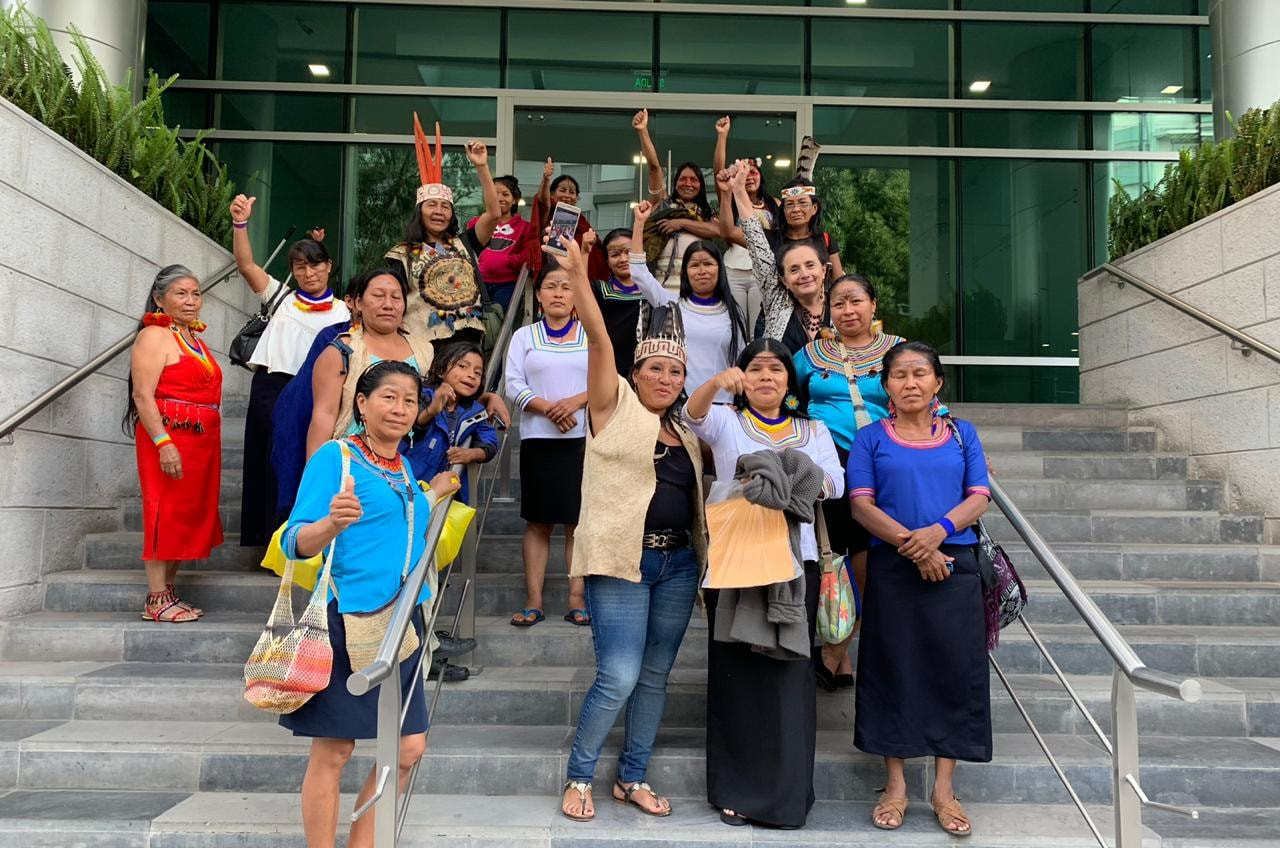 TIAM was founded to organize action around human rights and the protection of the environment locally, nationally and internationally. They hold trainings, engage in research, promote and enforce through litigation the rights of Indigenous peoples in the Ecuadorian Amazon. TIAM means “maintaining continuity of life to build the future.”

Because TIAM is an Indigenous-led organization, it views questions of human rights and environmental justice through an emancipatory, intercultural, transformative lens that takes power relations into account. TIAM sees the potential for rebirth and continuity in the relationship between societies and the natural world. 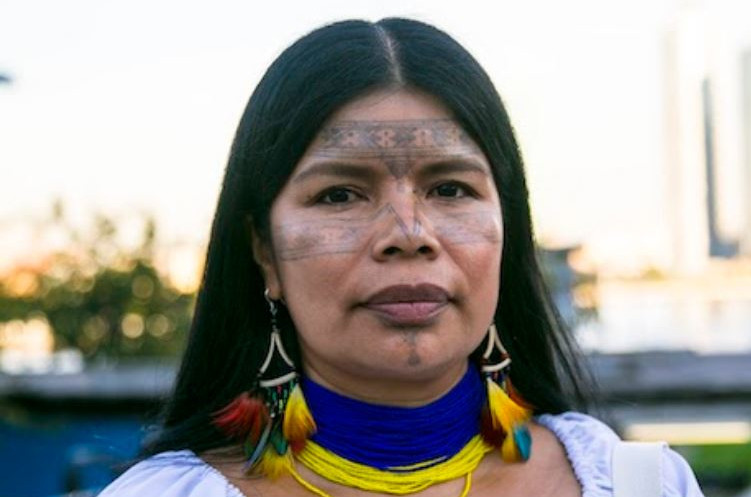 Patricia Gualinga has worked for decades as a vital, internationally-recognized voice against oil extraction and destruction of the Amazon Rainforest. Patricia is an Indigenous rights defender of the Pueblo Kichwa de Sarayaku (Kichwa People of Sarayaku), an Indigenous community in the Ecuadorian Amazon.

Without their consent, communities in her area only learned that their land had been opened for oil exploration when strange helicopters arrived, followed by ‘men with guns’.  In  2012, Patricia was one of the representatives in a case presented to the Inter-American Court of Human Rights in which the government was found guilty of rights violations and of authorizing oil exploration and militarization of Sarayaku lands without consulting the community.  It was an all too rare victory for Indigenous tribes.

Patricia describes recent times as “apocalyptic” for her village of 1350 people. The confluence of a massive oil spill, the pandemic and historical flooding have devastated her community. Yet despite everything, she persists and still holds hope because as she says, “there is so much to protect.”

Along with being the president of Fundacion Tiam, Patricia is also actively involved with Women Defenders of the Amazon against Extraction and REPAM (Pan-Amazon Ecclesial Network).  As with so many Indigenous leaders, her work is dangerous and Patricia has suffered attacks, threats and harassment.

Her courage inspires us and we stand with Patricia to demand justice. We are deeply indebted to her vital contribution and leadership around Indigenous rights and the protection of this Earth we share.