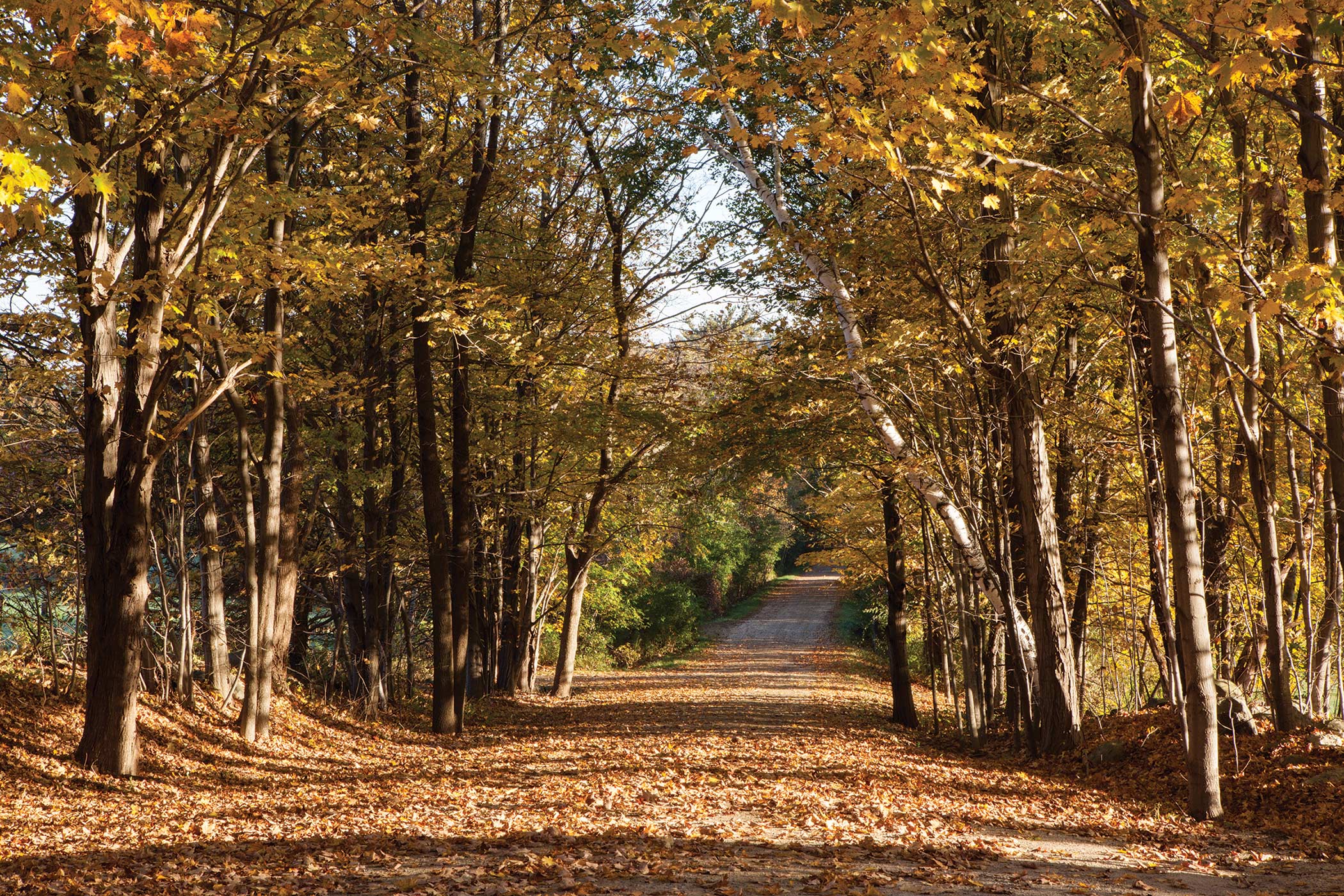 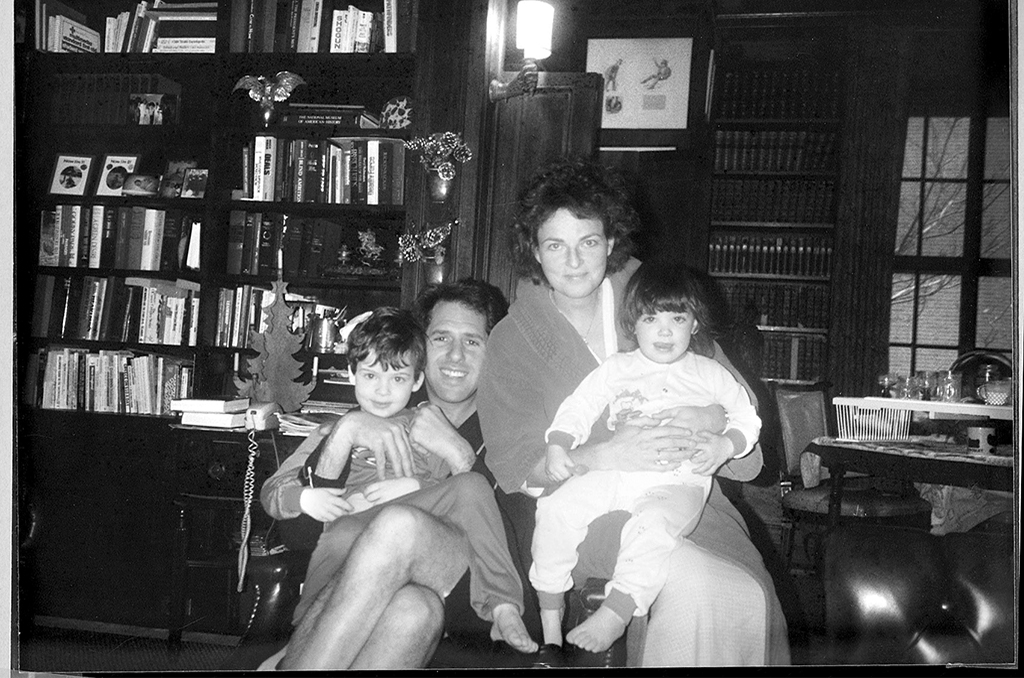 They came from very different backgrounds.

Alan moved from one tough Boston neighborhood to another 14 times before he was 7 years old.  As the new kid he had to prove himself. He spent a lot of time on the streets…. and got in a lot of fights.  When you grow up like that, you develop certain survival skills. You develop an eye for opportunity. You develop the skills of an entrepreneur.

Harriet’s father was a doctor and her mother a psychiatric nurse.  Both believed the way up was through hard work and education. Her father died when she was 14.  To escape the constant looks of sympathy and prying questions, she volunteered to work with children with severe mental handicaps.  It was a way to help herself by helping others and by the time she was 15, she knew for sure she wanted to be a teacher.

At 15 Harriet also met Alan.  They had a terrible first date at age 16, due in large part to very different ideas about what one does at a drive-in theater, and parted ways.   They went on to graduate in the Class of 1966 and went out into a world of great change and promise as the civil rights movement spread across the nation. 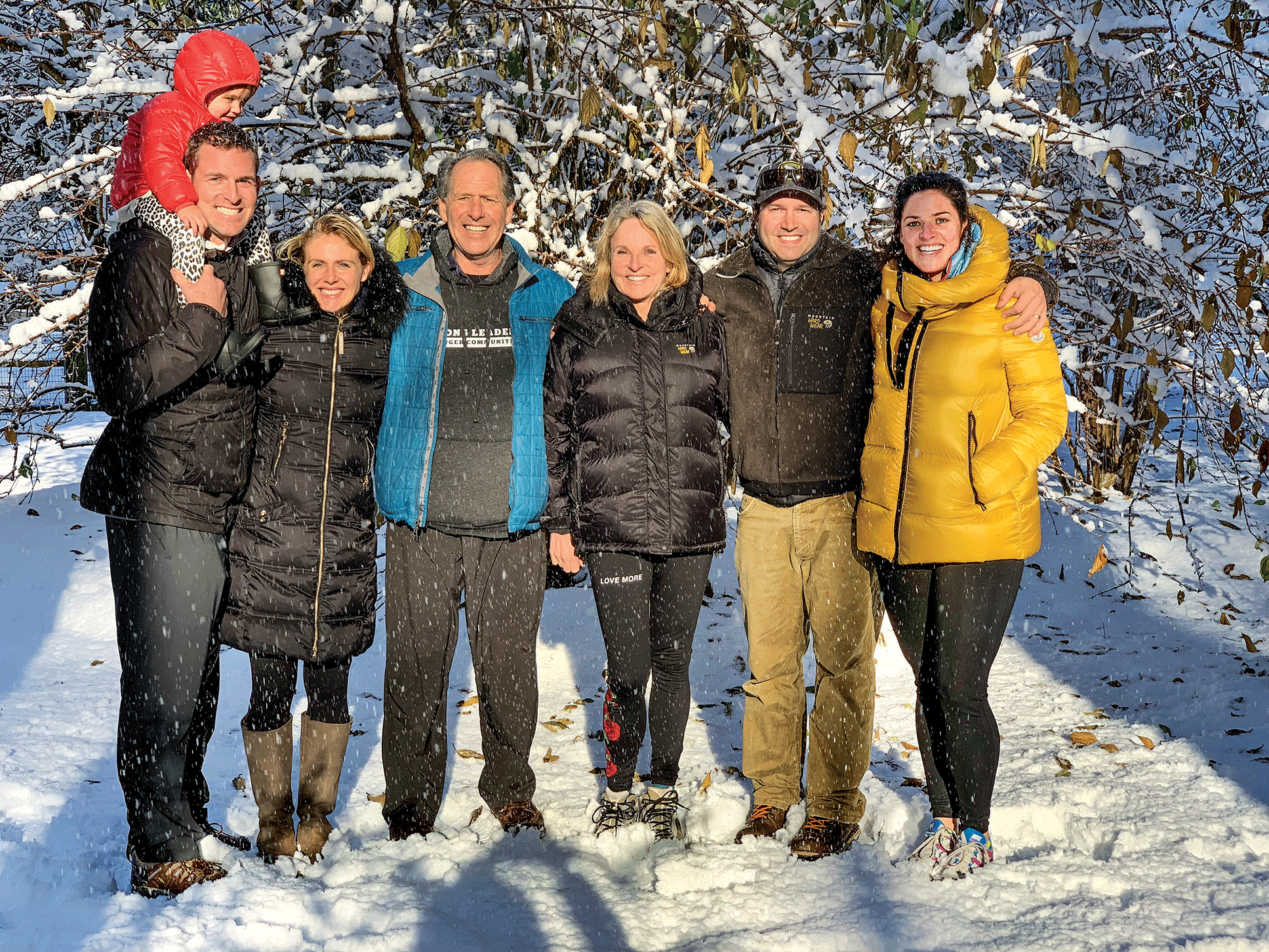 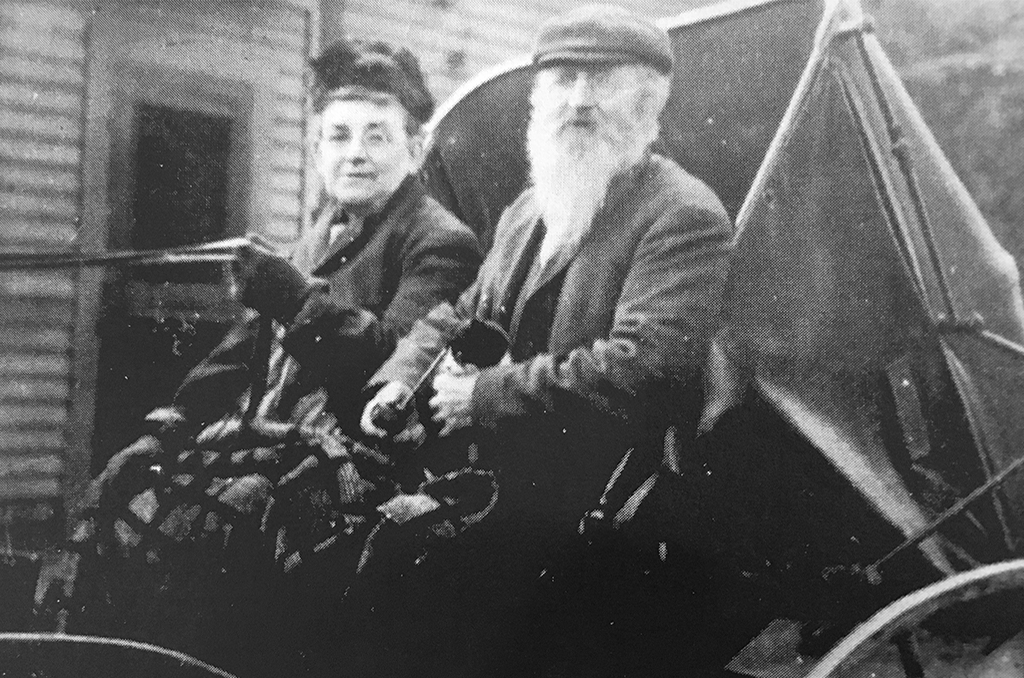 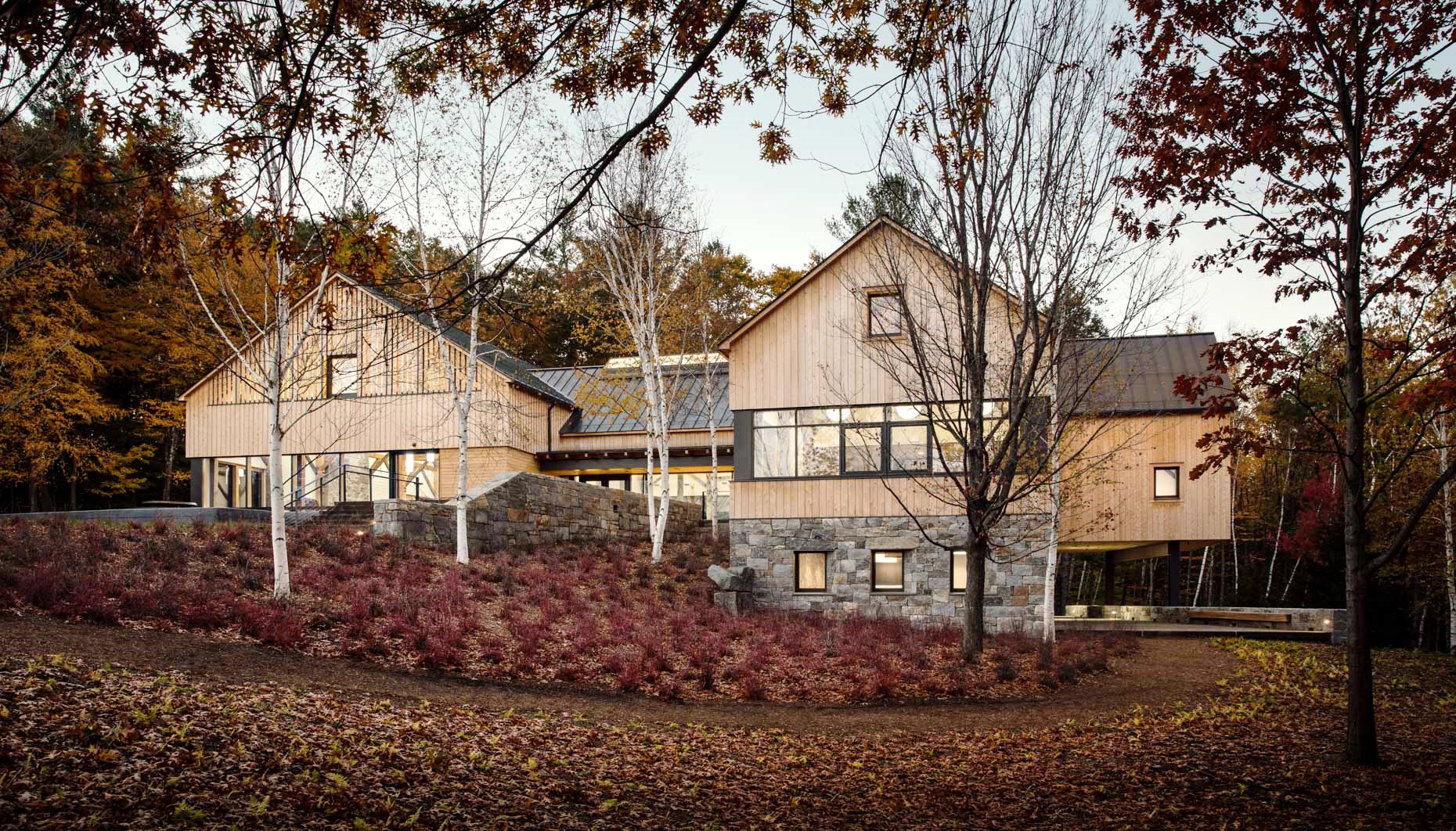 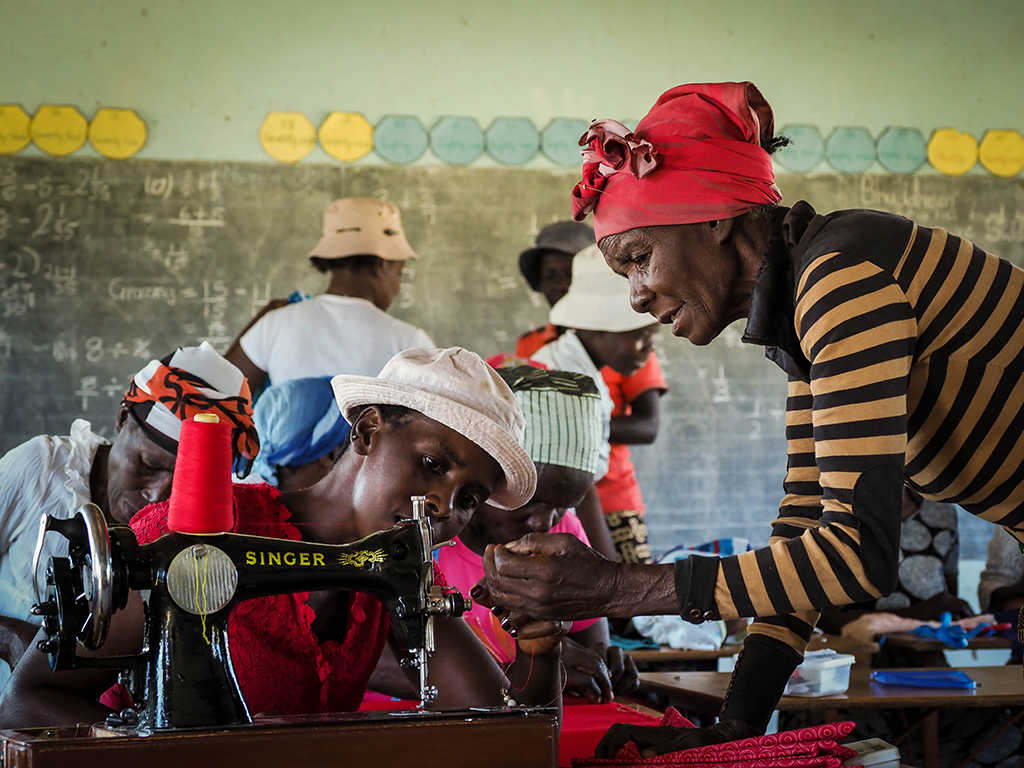 Harriet would go on to Kent State.   Alan became a lifeguard in Florida and then a traveling salesman before going into the travel business.   Separately, they went to the March on Washington and both had the feeling that their generation would indeed change the world.   Coming of age in the sixties kindled in each of them the spark to fight for social justice and a lifelong passion to help make life’s playing field more level and firm.

Alan and Harriet reconnected in their 20’s and been together for 47 years.   Over the years, they raised their two children Edward and Charlotte, traveled to more than 100 countries and built successful travel, real estate and investment companies.   Ingrained in their hearts from the very start was a desire to give back.

Alnoba is not so much a headquarters as their True North.  It is from here that Alan and Harriet dare to map out their dream to help change people’s lives and it is the base for all our charitable endeavors.

Since very early in their relationship, the couple would seek refuge from their crazy busy Boston lives in the small town of Kensington, New Hampshire.   Alan’s mother’s family, the Sawyers and the Blakes, helped settle the town and their roots go back to the 1600s. It was where he spent his boyhood summers, a place that provided calm from his rather unsettled life in the inner city.

In 1977 they bought a modest cabin on 27 acres of land from Alan’s great uncle, Roland D. Sawyer.   They wanted a place of their own in the country to raise their children to love the outdoors, be wild and free to dream and explore.   More important, it was a way to connect them to the land and their heritage. It quickly became their family sanctuary – a simple, sacred place to be in and with nature.

It wasn’t an easy start.   The place was a dump. Literally.  For Uncle Roland was a picker and the abandoned town dump was next door.  So, they bought the dump for a $1 and began clearing away the debris to restore the natural habitat.  And thus, began this deeply personal and enduring endeavor. From an initial desire to create a family getaway, grew a bigger dream to create a special place where folks from all over the world come to reflect, connect and create change, while fostering a respect and gratitude for the earth.

For Alan and Harriet, it always started with the land.    Over the years, they put in a lot of time, heart, thought and sweat to build 10 miles of trails, return habitats, preserve ancient forests, dig 5 ponds, restore stone walls and plant trees…hundreds and hundreds of trees.   It is exhilarating, rewarding and humbling for them to see these native trees grow tall and throw shade; to see the wildlife return (even if it includes the beavers) and witness nature reclaim her land.

At trail heads and transitional spaces, such as where forest meet fields, Alan and Harriet placed large native stones with inspirational readings.   Throughout the property, they put benches with the names and words of great leaders. And then then they added bold works of sculpture, many representing causes they dedicate their lives to, such as social justice and protecting indigenous cultures.  These pieces rise from the land, poke out from tree stands or rest inside a meadow.

And the work continues.

For 47 years, The Lewis Family has hatched crazy, wild and wonderful ideas in the midst of midnight walks in these woods, after early morning icy pond plunges or in the quiet of the garden.   Some take root, others don’t. But they keep dreaming and tending to the land…and they keep welcoming to Alnoba the brave leaders, storytellers, disrupters, innovators and wisdom keepers who seek to change the world.

Daring leaders to change the world

Alnoba is the leader in supporting strong activist leaders worldwide to advance the Lewis Family’s life work to promote social and climate justice.  Since 1981, Alnoba has supported more than 100 strategic partners worldwide and donated $200M in more than 70 countries.  Its 600-acre landscape with 10 miles of trails, wildlife habitats, sculptures and unique gathering places is a sacred place where inspiration meets action. 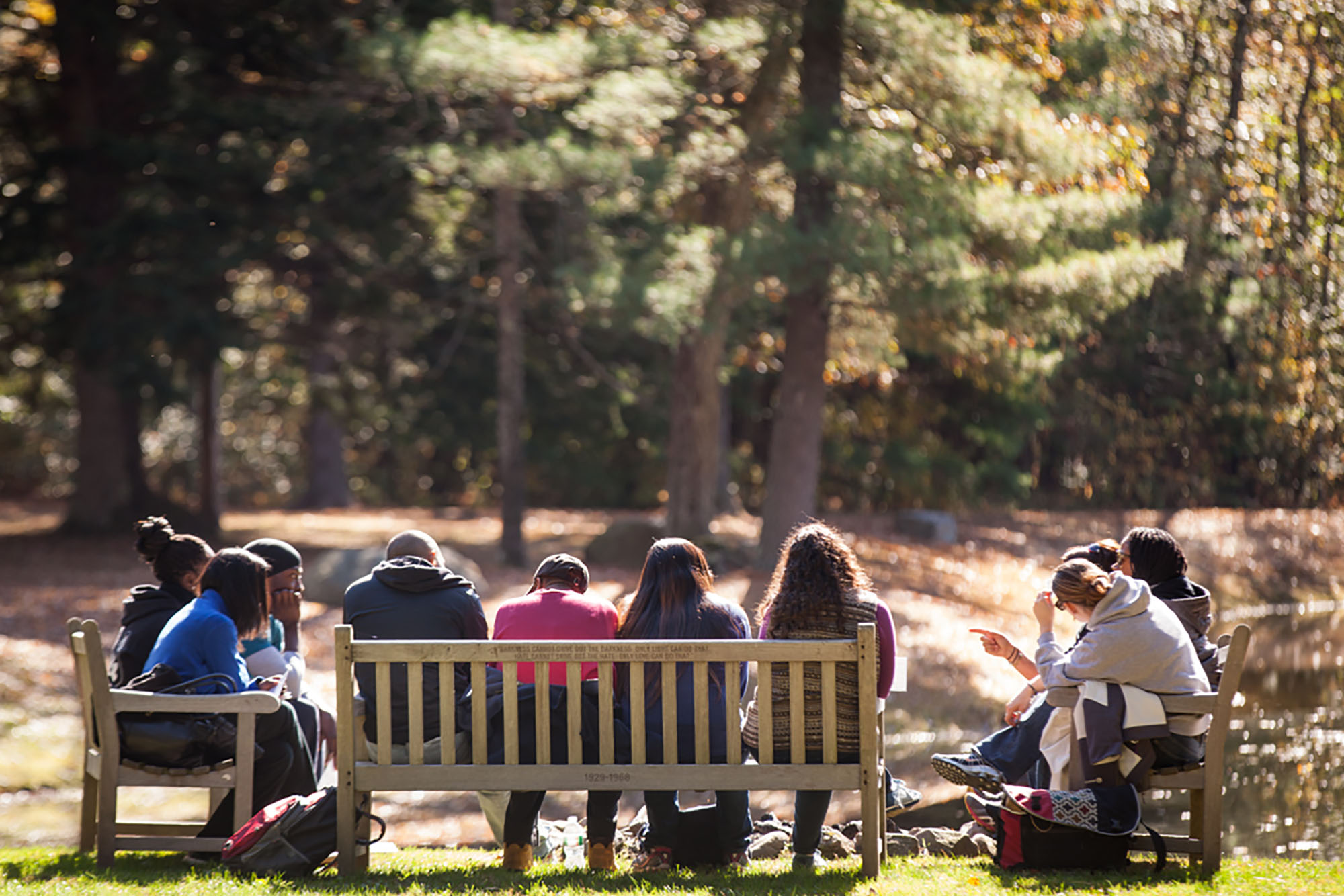 Alnoba is dedicated to developing courageous leadership and sustainability models to help change people’s lives, create stronger communities, and save the earth we share. We believe that it is through deep personal reflection and connection to our humanity and the natural world that we access passion and purpose—transforming how we lead, live, love, build communities, and honor our planet. Lead from anywhere. Make a difference. Go deep inside to come out strong. Care about community. Connect. Live mindfully. Walk the earth. Be wild again. Eat local food. Access passion. Find your purpose. Take risks. Give back.

Our Alnoba entities share a commitment to make a difference, encourage the New Hampshire way of independent thinking, and are set in an inspirational and natural environment.  All of the proceeds from Alnoba support our work with nonproﬁts, youth organizations, and the Kensington community.

These 4 pillars shape our decisions, direct our growth, and allow us to measure our progress. 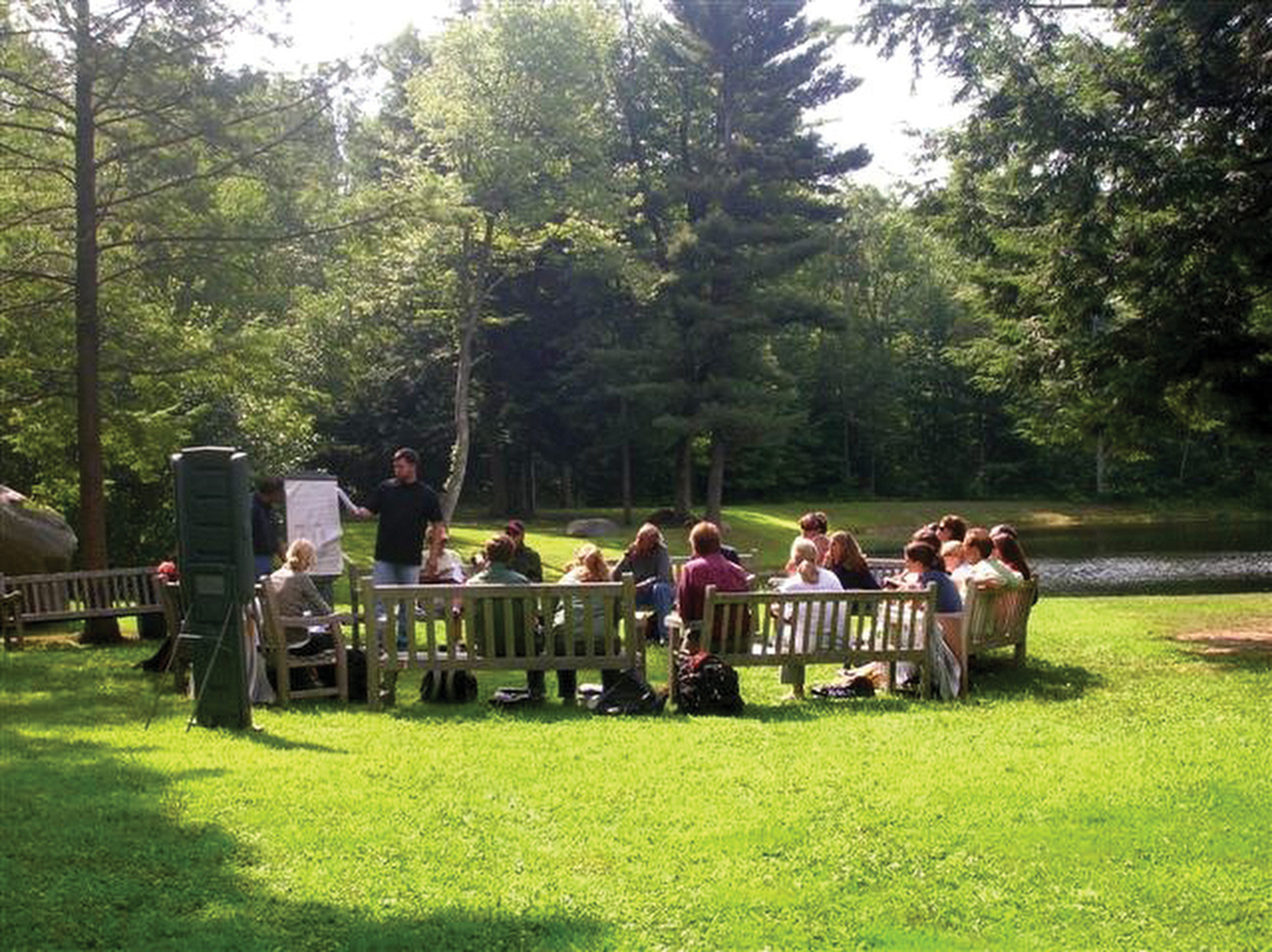 We believe strong leaders make stronger companies and communities. Founded in 1993, Alnoba’s Pinnacle Leadership and Team Development helps teams build trust and encourages participants to take one more step than they thought they could. Hundreds of nonproﬁt and company leaders from more than 70 countries have come to our Pinnacle Leadership Center and today we are the leader in New England for teaching leadership to nonproﬁts. 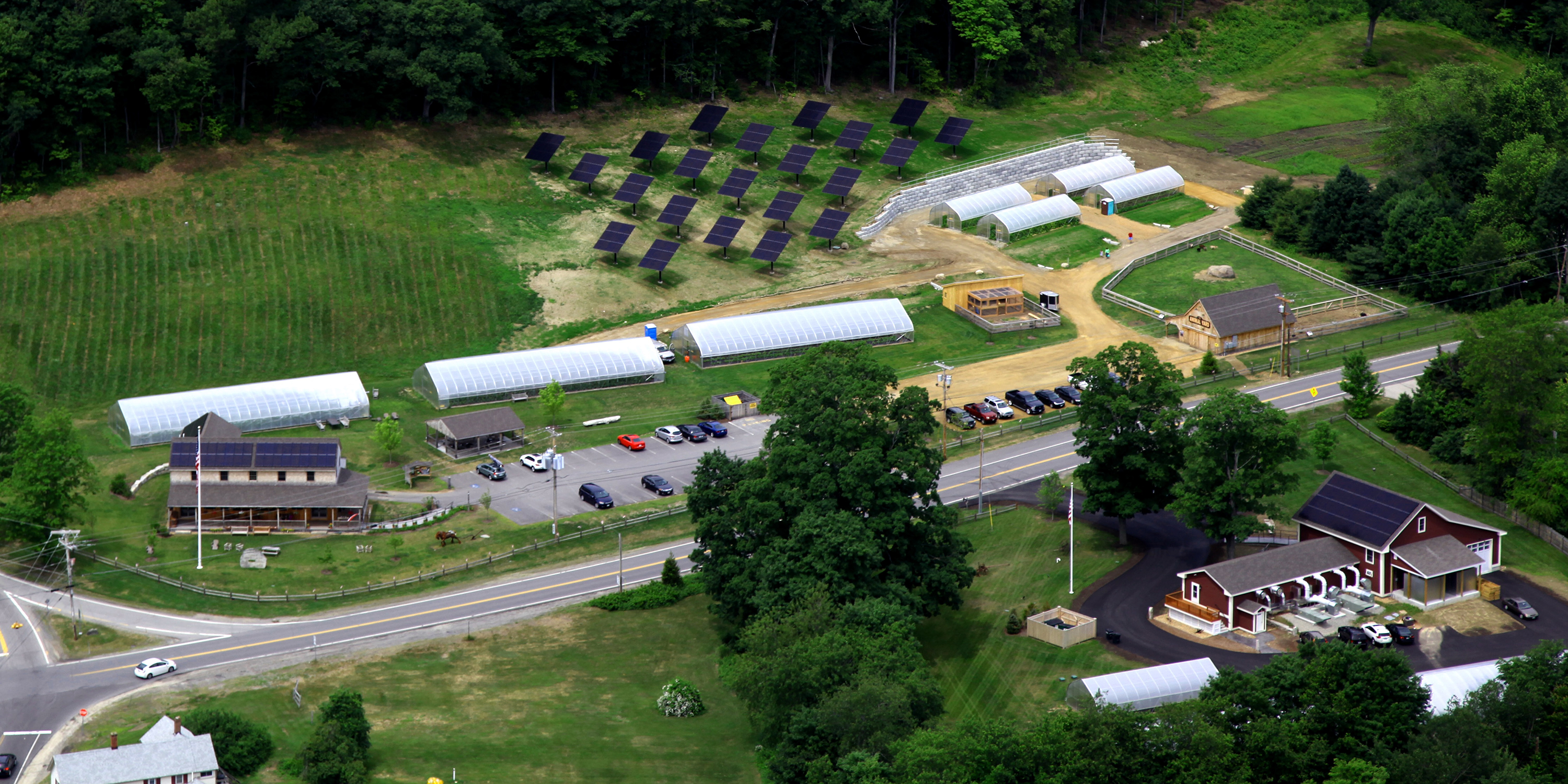 We hope Alnoba stands as a tribute to our ancestors’ way of living and serves as a model of how to live gently on the land. Our long-term goal is to be 100% renewable energy and net zero across property. Alnoba commits to the preservation of our natural resources and surroundings. We continuously update and execute green practices and policies, which include: Our solar installations; green building, recycling, and waste practices; as well as careful land management help us have a more lasting and sustainable presence. 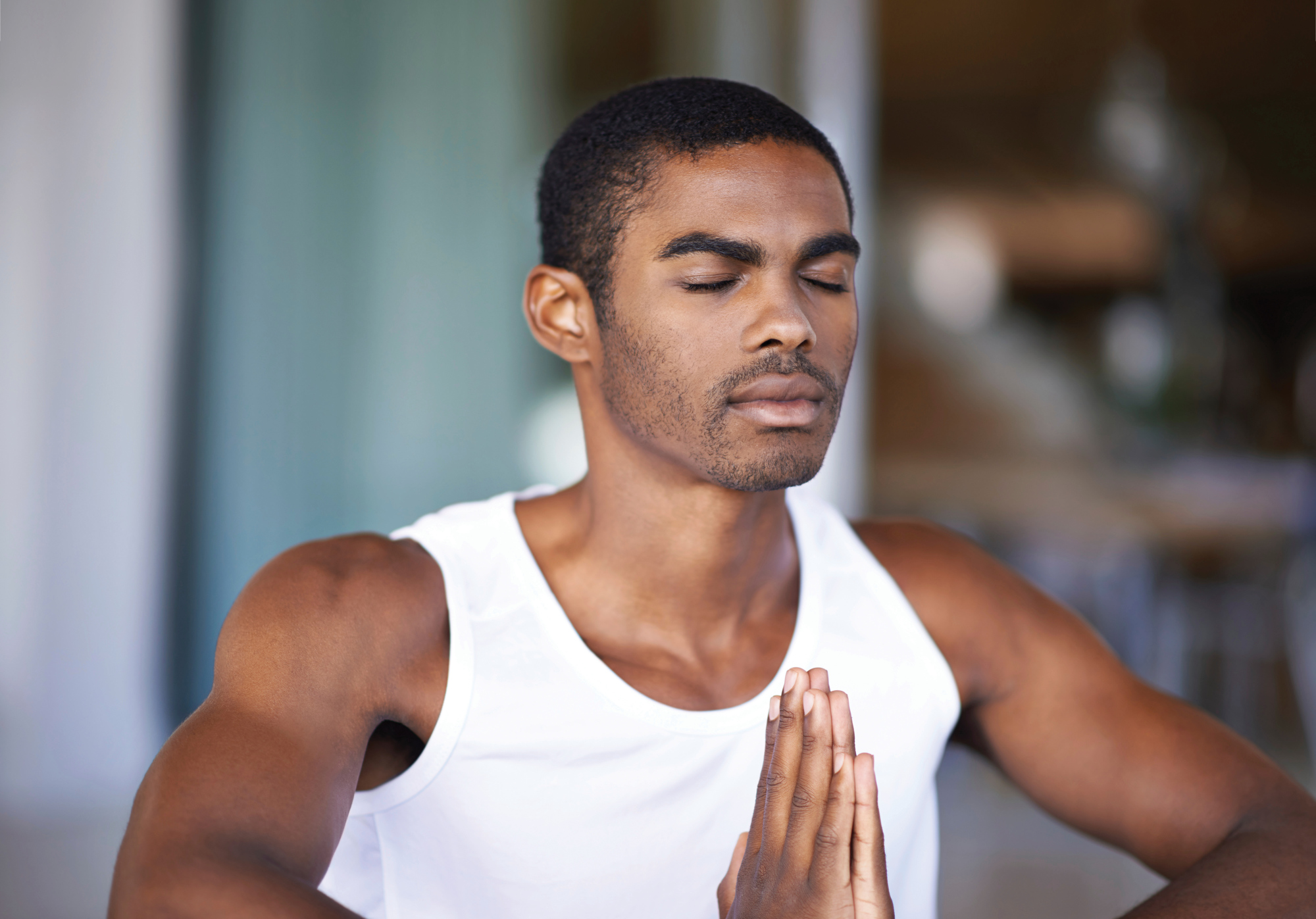 Alnoba offers many opportunities to develop wellness. A beautiful meditation room, mindfulness practice, local farm-to-table dining, and a closeness with nature allow Alnoba’s visitors to celebrate the connection of mind and body. 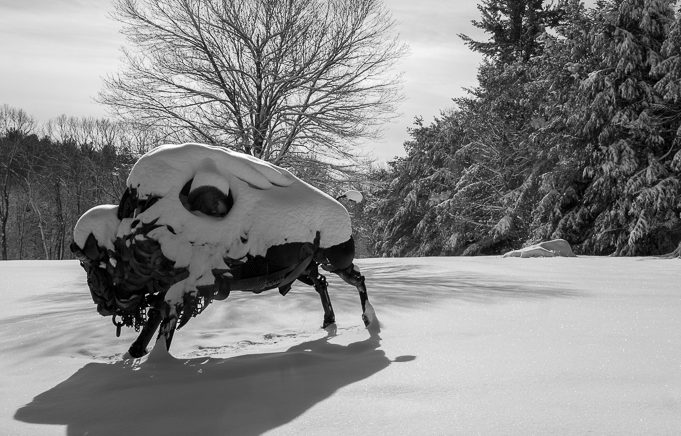 Alnoba is also a place where art awakens the spirit and refreshes the soul. Throughout her land, art installations, stones, and words are placed to inspire and provoke. The international sculpture collection features masterworks by Andy Goldsworthy, Jaume Plensa, Patrick Dougherty and Ursula von Rydingvard.