We have brought together some of the bravest and brightest leaders whose courage, wisdom or potential inspire us to act more boldly for environmental justice. 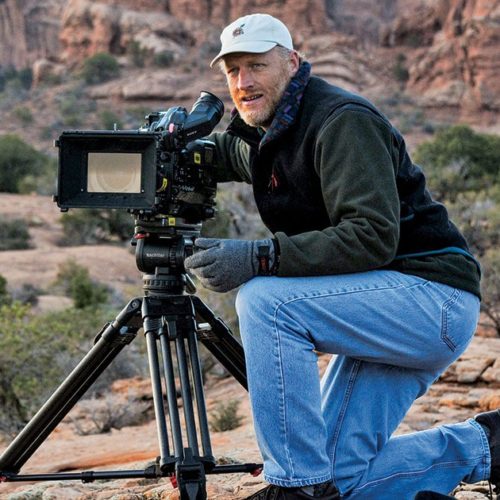 David was born and raised in a New England family with strong ties to the sea and a tradition of active storytelling. He first worked as a professional sailor, then completed two transatlantic crossings and five years as an educator at the Hurricane Island Outward Bound School. After receiving his master’s degree in education and moral development at Harvard, David produced his first film for National Geographic. Since then, he and his team at Compass Light Productions have produced over 800 films that entertain and raise awareness within the genres of science, history, and expedition/travel, for worldwide broadcasters and distributors: Discovery, PBS, CuriosityStream, and other clients. The company has been included in the RealScreen Global 100 list of top production companies.

After a year-long “reverse-sabbatical” appointment as the Coastal Studies Scholar at Bowdoin College, David returned full-time to film and media: adding activist-media to awareness-media work. With major support from the Lewis Family Foundation, he founded the not-for-profit Conservation Media Group (CMG) five years ago. To date, CMG has developed almost 80 filmmaker activists and paired them with over 30 organizations who are campaigning for healthier oceans and a just and fossil-free economy. Successful milestones and results have included international protection of mobulid rays under the CITES accord, a model also being pursued to protect both whale and mako shark species. In the ocean plastics realm, CMG has supported the trash mapping work of Ocean Recovery Alliance, and the More Ocean, Less Plastic campaign of 5 Gyres. The group also provided training and support for 350.org’s Break Free mobilization, as well as communications expertise and on-going consultation to 350.org as they build a worldwide communications team and technical infrastructure.

David resides in the seaport of Camden, Maine with his wife Beverly, where they raised their family. He serves on the Board of the Hurricane Island Center for Science and Leadership. Summer caretaking duties of a Maine lighthouse are shared with his extended family. We have known David for more than 20 years, and he has been a close friend and advisor, and an integral part of our company’s and Alnoba’s work. He and his team produced the PBS film Of Stone, Wood and Glass, beautifully captures the spirit, sustainable vision and dream of Alnoba. 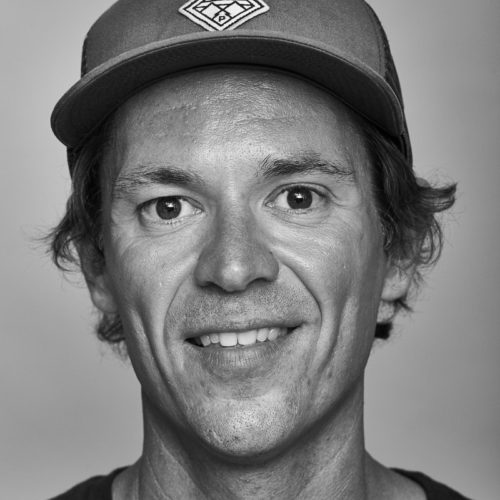 Steve is a photojournalist, filmmaker and cinematographer based in Maine who specializes in conservation, documentary, underwater and aerial photography. He often works with scientists and NGO’s in the hopes of inspiring positive change and getting research and conservation efforts seen by a broader audience. 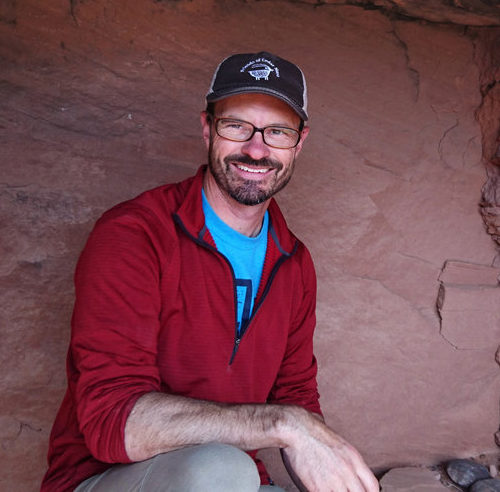 An avid climber, hiker, and photographer, Josh moved to Bluff in 2012 with his partner Kirsten. Having visited San Juan County for 12 years, every chance they could, the two decided they may as well live where their hearts were.

Josh was born and raised in rural western Nebraska, where his family maintains an active cattle ranch. After attending the University of Pennsylvania in Philadelphia, Josh began his career as the Communications Director for Salt Lake City, where he worked on the City’s 2002 Olympics planning and was involved with many environmental and conservation projects.

Josh has served on several non-profit boards. In addition to his leadership of Friends of Cedar Mesa, Josh also serves as town techie for Bluff, as well as volunteering on the Fire Department. 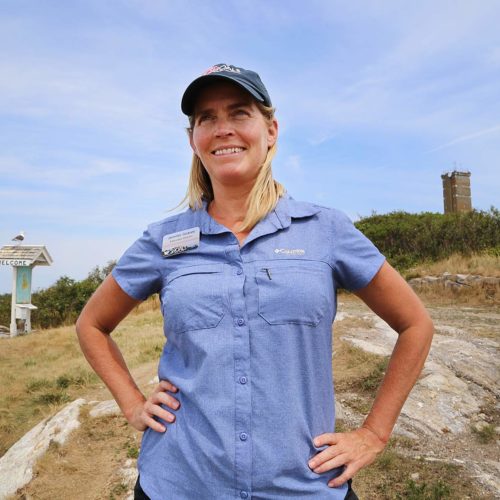 Dr. Jennifer Seavey has the sea in her veins. From her summer perch atop Appledore Island she can see Seavey Island, named for her forefathers who fished the seas 11 generations ago. Dr. Seavey serves as executive director of Shoals Marine Laboratory, which for more than 50 years has been a leader in marine science education, research and outreach.

The organization is distinguished by top-notch academic programming and innovative collaborations to develop the next generation of ocean exploration. During summer undergraduate research and high school programs, students have life-changing experiences that transform them from students to scientists, while they are learning about the world around them in an immersive and unforgettable way.

Jennifer describes herself as an educator and a believer in doing and using the best available science for environmental management. Under her leadership, Shoals is also heavily engaged in public education about the marine environment and environmental policy making. As a steward of Appledore Island’s complex and unique history, Dr. Seavey keeps alive the stories of the fishers from the 1600s, artists from the 1800s and today’s marine scientists, and she uses the lab to blend different aspects of Appledore history to develop cutting-edge academic and research programs. 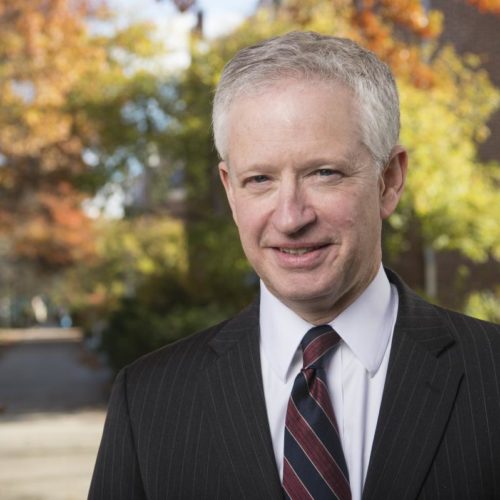 Michael Etlinger is the founding director of the Carsey School of Public Policy. Michael joined Carsey in July 2014 and is responsible for overseeing the growth of the existing research and outreach program and developing new academic programs. He also is an Affiliate Professor of Law at the University of New Hampshire's School of Law and a Faculty Fellow at the Law School’s Warren B. Rudman Center for Justice, Leadership, and Public Policy.
Prior to joining Carsey, Michael was at several Washington, D.C. think-tanks working on both federal and state economic and fiscal policy. He most recently was the Senior Director for the Fiscal and Economic Policy Portfolio at the Pew Charitable Trusts. Prior to that, he was the Vice President for Economic Policy at the Center for American Progress and held positions with the Economic Policy Institute and the Institute on Taxation and Economic Policy. Michael holds a Bachelor of Science degree in Electrical Engineering from Cornell University and a Juris Doctor from American University. 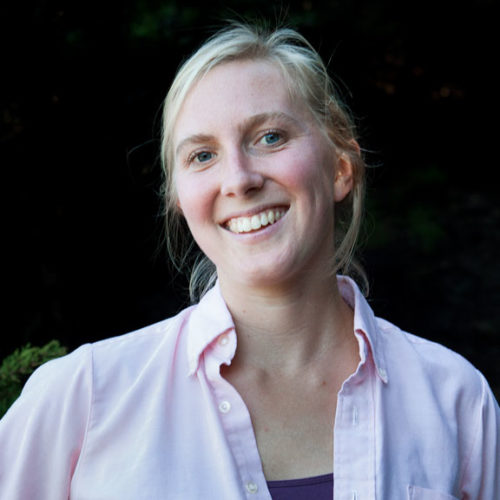 May Boeve is the Executive Director of 350.org, a landmark grassroots campaign to engage and mobilize communities around the world in political action aimed at holding governments, corporations, and institutions accountable for addressing climate change. Boeve and several college friends co-founded 350.org in 2008 with author and climate activist Bill McKibben. In the spirit of that collaboration, 350.org has continued to foster partnerships across communities and sectors to accomplish the scale of change required to tackle the climate crisis.

Boeve and her team at 350.org were part of the coalition that organized the historic 2014 People’s Climate March, which drew more than 400,000 people to New York City to advocate global action on climate change. She has overseen 350.org’s innovative and highly successful campaign to secure commitments from major institutions to divest from fossil fuels, which in the past 5 years resulted in nearly $8 trillion in divestment commitments from hundreds of institutions including foundations, universities, cities, and churches.

With her 350.org co-founders she is author of Fight Global Warming Now. 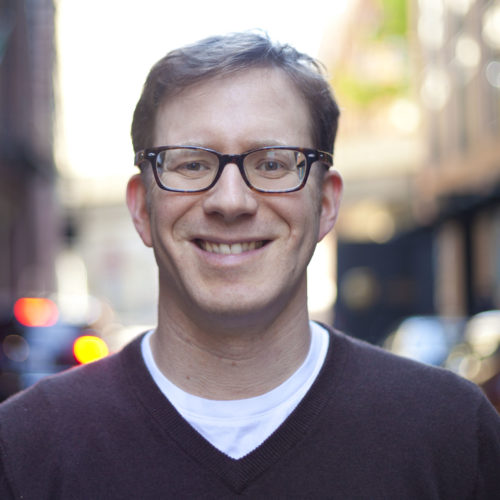 Chip Giller founded Grist in 1999, intent on using a new type of journalism to engage the next generation on environmental issues.

Grist, which publishes online, now has an audience of more than 2.5 million, and has been especially successful reaching readers in their 20s and 30s. Readers follow Grist.org for information, inspiration, and conversation—as well as an injection of much-needed humor.

Giller is now using the Grist platform to launch Fix, a new program to showcase and connect an emerging set of leaders working toward a future that doesn’t suck.

Giller has been honored with a Heinz Award for launching the country’s most influential green media platform, and been named a TIME magazine “Hero of the Environment.” He has been featured for his work in such outlets as Vanity Fair, Newsweek, and Outside, and appeared on broadcast programs including NBC’s Today show.

Before launching Grist, Giller was editor of Greenwire, the first environmental news daily. 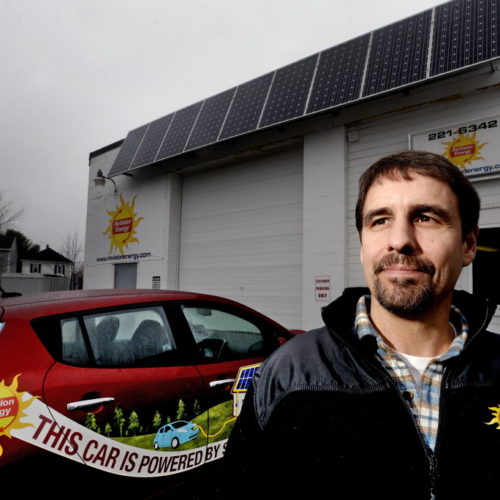 What about this speaker might surprise the audience? His favorite outdoor activity is surfing on a stand-up paddleboard with Chico, his adorable pet Chihuahua who still doesn't realize he's a dog.

Phil's more serious pursuits include serving on the boards of the Conservation Law Foundation and the Environmental and Energy Technology Council of Maine, as well as on Maine Audubon's corporate partner steering committee and United Way of Greater Portland's campaign committee. Since 1996 he has been a mentor to at-risk kids through the Big Brothers, Big Sisters program.

After attending Boston College, he worked as a journalist before pivoting to business start-ups and becoming passionate about corporate social responsibility and using business as a force for good in the world. Prior to co-founding ReVision Energy, Coupe was vice president and director of corporate philanthropy at a Washington, D.C. startup that twice made the Inc. 500 list of fastest-growing companies in America. 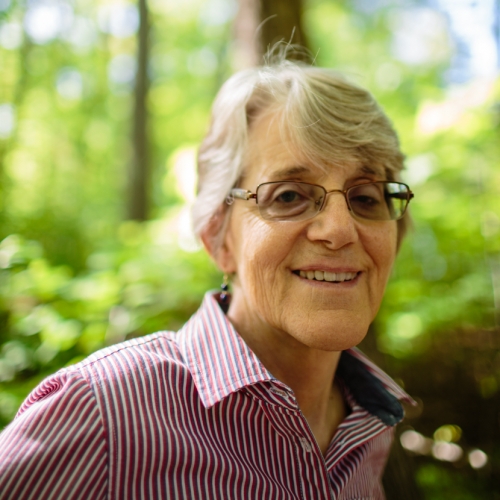 Vice President, Membership and Development, The Society for the Protection of New Hampshire Forests

Susanne supervises the membership and development departments and is responsible for private fundraising, and securing and administering federal, state, and foundation grants. She designed and implemented the Society’s Centennial Campaign which raised $31 million in capital, endowment, and project funds.
Susanne came to the Society in 1999 after serving for 10 years as the Director for Institutional Advancement, Director of Cooperative Education, and adjunct Assistant Professor of Land Use Planning at Unity College in Maine. While in Maine, Susanne was appointed by Gov. Angus King to the Maine Commission for Community Service. Her prior work includes serving as a project manager for a consulting firm doing land use planning projects nationwide. 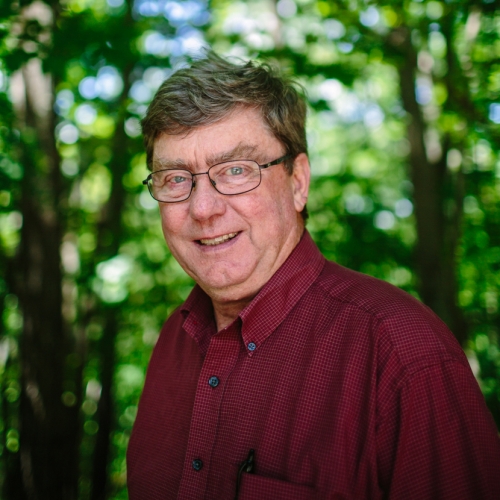 Vice President for Policy and Reservation Stewardship, The Society for the Protection of New Hampshire Forests

Will Abbott joined the Society for the Protection of New Hampshire Forests (Forest Society) in 2005 as vice president for policy and land management. The Policy Department develops and advocates for public policy positions at the local, state, and federal levels on various issues, including: public funding of land conservation; public laws that impact the practice of sustainable forestry; and the protection of forests as providers of a variety of ecological services such as the storage of carbon taken up from atmospheric carbon dioxide. The Reservation Stewardship department manages 52,000 acres of timberland owned by the Forest Society in 174 reservations located in 101 communities across New Hampshire.
Before joining the Forest Society, Will served as the executive director of the Mount Washington Observatory (2003-2006); the Squam Lakes Natural Science Center (1992-2003); and the New Hampshire Land Conservation Investment Program (1988-1992). 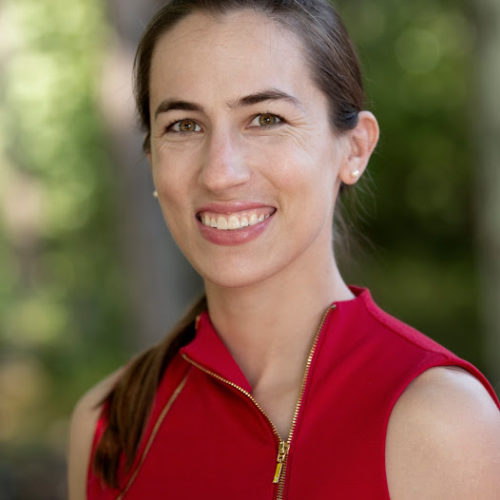 Anna Brown is Director of Research and Analysis for Citizens Count. In addition to tracking the roughly 1,000 bills proposed in the state legislature each year, she surveys and profiles each of the roughly 1,000 candidates for NH office every election year. You may have also heard her on NHPR geeking out over partisanship calculations or down-ballot races. 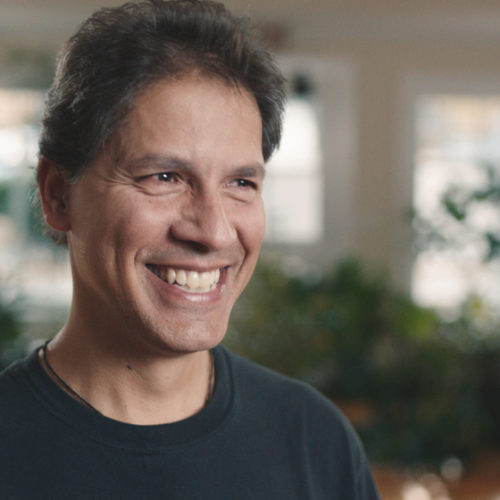 Manuel Jose Muros (Manny) is a student of life, an author, a metaphysical interpreter, and an avid spiritual teacher and practitioner. An entrepreneur his entire professional life, Manny founded and served as president of two corporations. He was also the founder and vice chairman of the board of the first public Montessori Charter School in Massachusetts. He holds a BS in Pharmacology and an MBA.

Manny is the owner & Spiritual Director of the Yoga Center of Newburyport. He teaches Asana, Meditation and Yogic philosophy, leading workshops and retreats in the US and internationally. 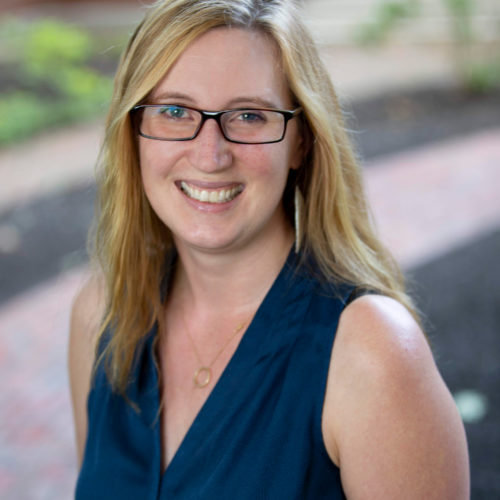 Jacquelyn Benson is Citizens Count's lead editor, responsible for the site's coverage of over 100 New Hampshire public policy issues. She also helms the organization's civic engagement efforts. When not slaughtering unnecessary Oxford commas or researching voter participation statistics, Jacquelyn writes speculative fiction.
Register
Click here If you would like to bring your event to Alnoba and know more. Contact Us