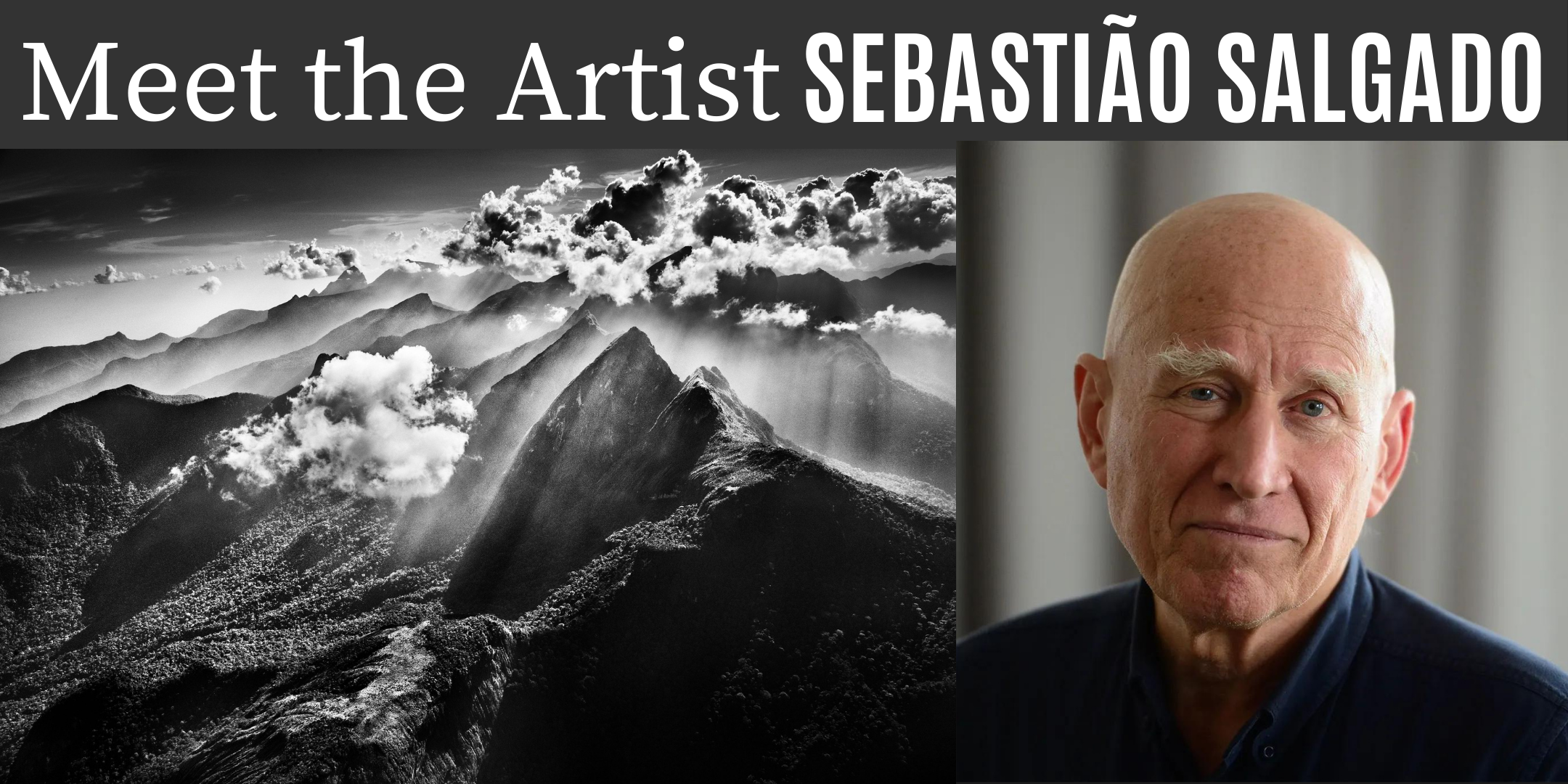 Includes time to enjoy a glass of wine from the cash bar and a stroll around Alnoba’s grounds and art.

Sebastião Salgado is a living legend of photography, renowned for his in-depth bodies of work documenting life on Earth, from disorienting images of gold mines in Brazil to hellish pictures of blazing oil wells in Kuwait. Through his expansive yet finely detailed black-and-white photographs, Salgado reveals both awe-inspiring and horrifying scenes from some of the most far-flung corners of the world, presenting us with his own unique vision of our vast planet.

In this special one-night-only event at Alnoba, you’ll have the opportunity to hear directly from the artist about his most recent project, Amazônia, the result of seven years of experience and expeditions to document the incomparable beauty of one of the earth’s most threatened regions.

Brazilian photographer Sebastião Salgado has traveled to over 100 countries for his photographic projects. His work has been featured in collections around the world, from London’s Barbican Gallery to the MOMA in New York, the J. Paul Getty Museum in Los Angeles, and the National Museum of Modern Art in Tokyo. Several of his pieces are also included in the Lewis Family’s private collection at the Beaverdam Gallery. Salgado is the subject of a feature-length documentary, The Salt of the Earth, by Oscar-nominated director Wim Wenders with Juliano Ribeiro Salgado. He is a UNICEF Goodwill Ambassador and recipient of several honorary doctorates.