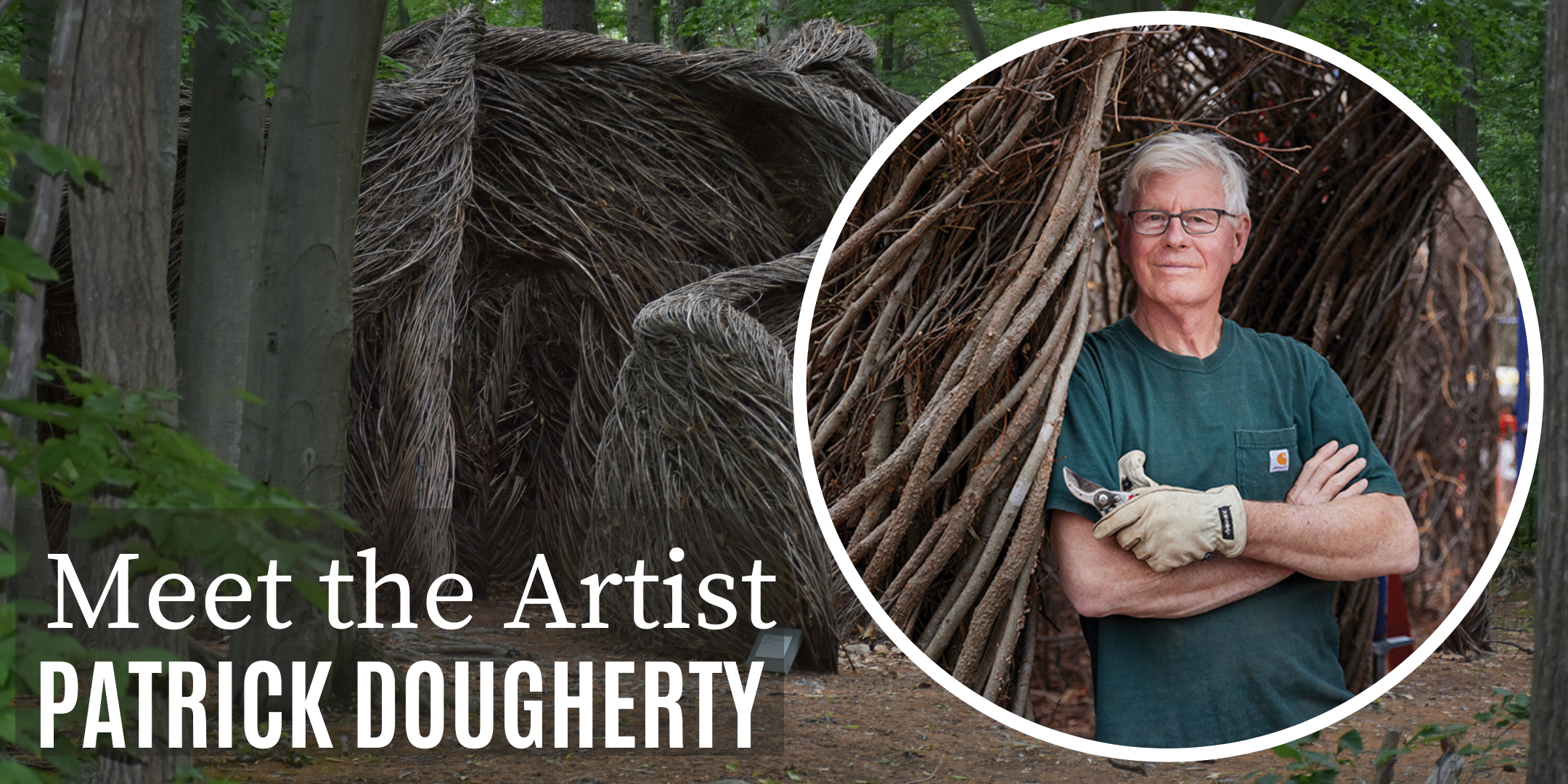 Thursday October 6 from 4PM to 7PM

North Carolina-based artist Patrick Dougherty is known for his monumental environmental works built out of woven sticks and saplings, like his piece Wildwood here at Alnoba.

In this special evening event, join Patrick for a discussion of the inspiration and craftsmanship behind his unique sculptures, works which earned him a National Endowment for the Arts Fellowship as well as several other international grants and awards.

We’ll explore the process behind the construction of Dougherty’s startling and imaginative works, the majority of which are designed to naturally decay and return to the forests from which they were constructed.

At 4PM, one of Alnoba’s guides will also walk any interested attendees down to the site where Dougherty’s new installation is being constructed so that they can see the work-in-progress. Afterwards guests will have time to explore the grounds— including viewing Dougherty’s completed piece, “Wildwood”—with a glass of wine from the cash bar.

Patrick Dougherty constructed his first work, Maple Body Wrap, in 1982. Since then, he has used his carpentry skills and love of nature to build over 300 stickwork sculptures all over the world, from Scotland to Japan and Brussels. He is the recipient of numerous awards and the subject of the book Stickwork, published by Princeton Architectural Press in 2009.