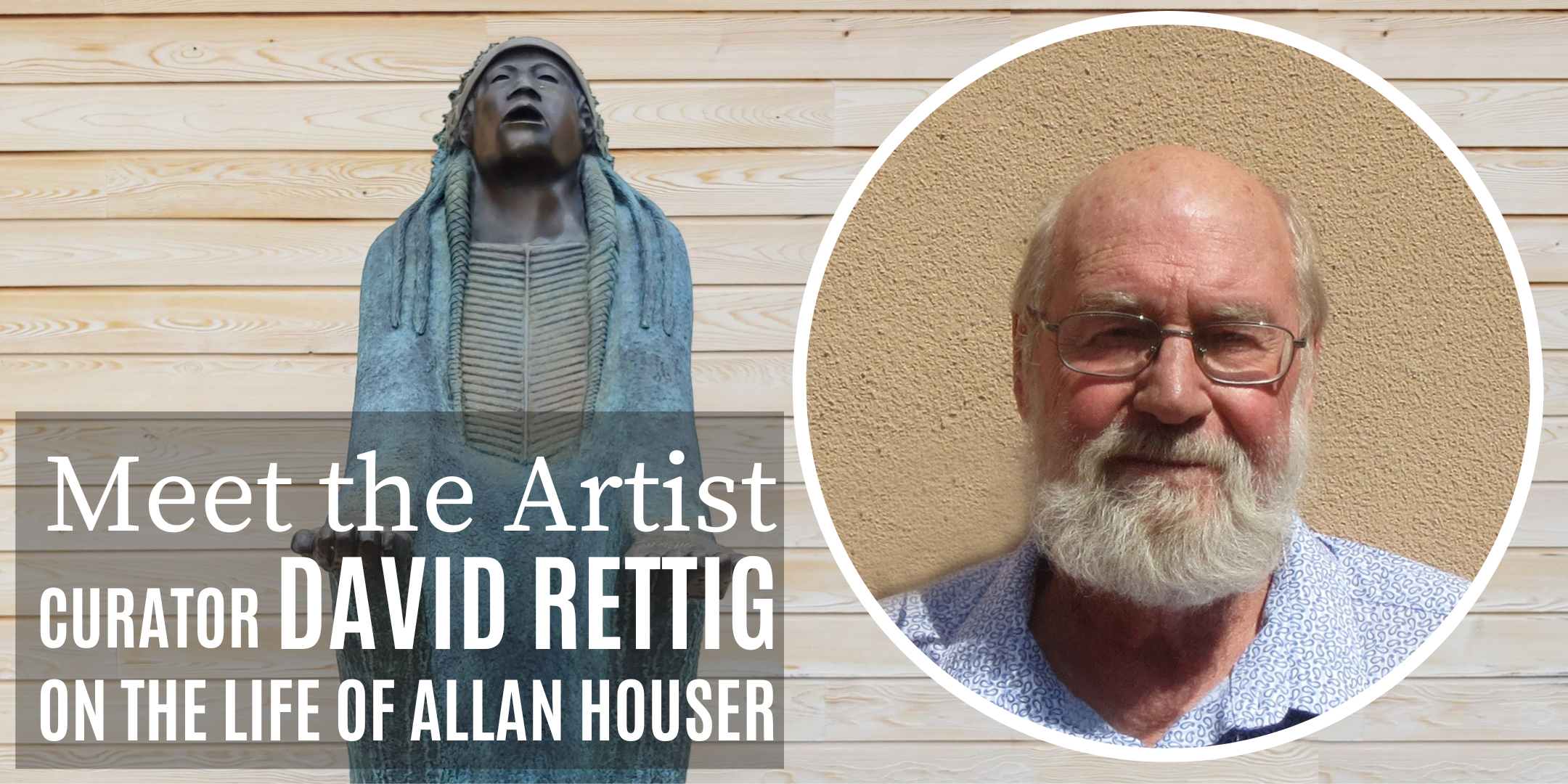 Wednesday October 26 from 4PM to 7PM

Allan Houser was a groundbreaking Apache sculptor and artist with an extraordinary life story, one that sprang from a family held captive after the rebellion of Geronimo to rise to the Smithsonian Institution and the National Portrait Gallery. Alnoba is proud to be home to the largest collection of Allan Houser sculptures in New England.

In this special evening event, join David Rettig, curator of the Allan Houser Sculpture Park and Gallery, for a special presentation on the life and work of this remarkable man.

You’ll have time before the talk to stroll the grounds and view five Houser pieces located in the vicinity of Alnoba.

Allan Houser (Haozous) was the first Indigenous American awarded the National Medal of Arts. His father was a relative of Geronimo, and his family was imprisoned along with other Apache resistance fighters in St. Augustine, Florida for twenty years. Alan was the first child in his family to be born outside captivity.

David Rettig is Curator of Collections at the Allan Houser Sculpture Park and Gallery in Santa Fe, New Mexico.